what a surprise! As you see we are in Germany at the moment, without boat, however. VAGANT is on the yard in Bellingham, USA (not far from Vancouver, Kanada), and we had to fly home for the first time after 9 years of cruising. Since we last met you resp. Popof we sailed a while in Brazil, for a short visit across to St. Helena, then south via Montevideo – Cape Horn – Chileean Channels – Juan Fernandez – Easter Island – all the Pitcairn Islands – Gambiera – Kermadeca – New Zealand. Then twice back and forth between Tonga and NZ and on to the north. Samoa – Tuvalu – Kiribati – Carolines – Marshalls – Guam – Marianas – Ogadawara/Bonin Islands – Japan. Then along the Aleutian Chain to the Shumagins and Kodiak and across the Alaska Gulf to Sitka. On the way south from there we capsized in October 1987 just outside Dixon Entrance. We stayed upside down for a while, came up with a broken mast and limped into Masset, a rather remote fishing village in the north coast of the Queen Charlotte Islands. There we spent 8 wonderful months and sailed on with a wodden made from a hundred years old spruce out of the woods there and equipped with the fittings and parts of the old mast which we could safe. Then north to Glacier Bay in SE-Alaska and south to Vancouver Island for the long due overhaul. The next voyage went from there via the Charlottes and SE-Alaska again to Kodiak, south to Mexican Islands, left Hawaii soon (too expensive, too touristified) for the Aleutians. From Unalaska through the Shumagins to Kodiak again and back to British Columbia where we spent the winter. This summer’s voyage was only from Vancouver Island via Charlottes – SE-Alaska to Kodiak and back to Bellingham.

Well, friends these are our where abouts, but since this a very small world we have heard about both of you on the way, of course. In Victoria we met Sven who had sailed the Northwest Passage, where he met a Polish guy called “Ludek”, who had his boat MARIA in Le Havre and somewhere on several stops during our voyage we hard that somebody had taken Popof from Rio to the Caribbean which was seen as a great loss for the French Yachtie Community in Rio.

It is really a pity that we did not get your letter earlier, but the address you used is indeed, no good at all. We got your letter only by chance. The one on this letter is better. Well, what can we do now? It would really be most interesting to meet you again. We intend to be in Germany until about January 1992. Our schedule is very right, however. We had to press too many things into this expedition ashore. Especially December is reserved for an eye operation. We are, however, always ready and eager to travel. So why not fit in a visit to Szczecin? Let’s see.

P.S.: We wondered about the picture of a yacht in the brochure of the “World Polonia Sailing Jamboree”. It is of an “Optima 101” which is developed from the ”Optima 92”, of which we sail the prototype, the very first one. Friedel worked for 10 years with the manufacturer Dehler, Freienohl, Germany/Zaandam, Holland. 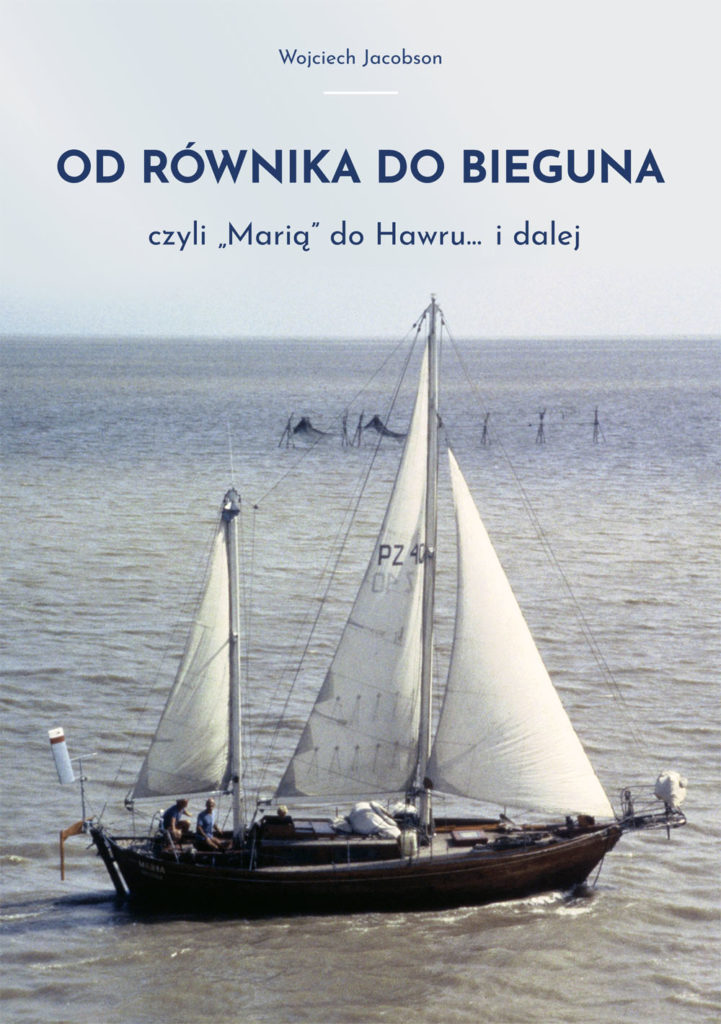